AtoZ April - Z is for Zarathustra 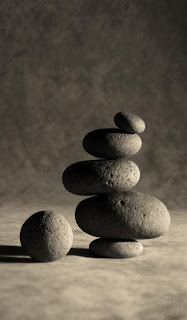 High in the mountains of the Wilds dwell strange insectile creatures from beyond the bounds of this world. Their booming voices echo across the valleys of the Nornmounts, and their outlandish boundary markers warn away travellers from the lands of the Eozorartas, ice-bugs who have claimed the mountain heights that they might better communicate with their prophesied messiah figure.

Reports describe the Eozorartas as prawn-like crustacean with dozens of delicate limbs and vividly coloured carapaces (described as "...like an explosion in a painter’s workshop"). They speak Common through translation devices, communicating among themselves with a sophisticated combination of clicks, squawks and gestures.

From what little scholars have been able to glean the Eozorartas are refugees from a sunless world in another universe. They elect to live high in the mountains (preferably just below the snow line) not for aesthetic reasons, but because they suffer horrific burns from salt-water. The further from the sea they are the more comfortable the Eozorartas feel.

Eozorartas are noted for their seemingly perfect sense of balance, both personal, and in any object they handle. They make excellent acrobats and tightrope walkers, but regard these skills as no more impressive in themselves than the act of breathing. Even the most skilled Jengameisters of the Wilds refuse to play against an Eozorartas. The mountain lairs of these creatures are protected by a combination of inaccessibility and altitude, by the wildly dangerous rope bridges used to access them, and by numerous deadfall traps set up on their approaches (actually carefully stacked Eozorartas materials depots, or possibly folk art).

According to the most reliable reports the Eozorartas ‘worship’ a shimmering fire embedded in a giant opal, which they say is the voice of their as-yet unborn god echoing backwards through time to the present. Their racial name stems from their repeated assertion that "I belong Eozorartas". The Eozorartas openly trade lesser copies of their fire opals; unabashedly admitting that they hope these will spread the influence of their god. They are especially enamoured of silken thread, gyroscopes and mercury, paying wildly over the odds for any such goods.

There is a curious exception to the racial thalassophobia which afflicts the Eozorartas. On rare occasion one of their number will feel the need to ritually drown itself in the sea. The large, heavily armed funerary processions accompanying these, seemingly elective, suicides will always travel to the sea by the most direct route possible, regardless of hazards, prevailing terrain or social norms. The Eozorartas will accompany their doomed member to the seashore to witness his self-sacrifice, and then return home by slower, more meandering routes, trading and freely exchanging lore all the way.

Thanks to their wildly vivid coloration and raucous voices Eozorartas surprise only on a 1in6.
Eozorartas are possessed of perfect balance. They can’t be knocked prone or overborne and they are able to climb solid surfaces less than vertical and/or perfectly smooth at full speed.
Vulnerable to salt water, harms them as holy water does undead.

The strange jewel-like weapons of the Eozorartas work with a seemingly casual disregard for the laws of nature as commonly understood.

An Eozorartas may appear to strike wide or when hopelessly out of range, yet his strike will hit home. The species draw no distinction between missile and melee weapon. Eozorartas weapons ignore bonuses to AC from Dex or displacement effects, and are able to strike at creatures lurking in the Ethereal Margins without penalty.
Their large panel-like shields seem flimsy and flexible but grant a +2 to AC for 2-12 rounds when activated. Their power can be discharged all at once to forcibly repel an opponent (as repulsion spell effect)

Yes, there are Zarathustra connections in there.
No, I didn't get the 'D&D with Star Prawns' gag until after I'd written these idiots.