AtoZ April - N is for Nostalgia

Nostalgia? The OSR? I have no idea from whence you might derive the idea that the two are in any way connected. ;)

That said. Yes, I has it. I like old stuff. I like reminiscing about 'back in the day'. I have no shame in playing things - be the things in question games or music - for nostalgic reasons (mainly I play them because 20+ years later, they still rock!).

And yes, I have used nostalgia to hook players. Never underestimate the power of


"Oh wow! Old D&D! I used to love this back in the day. You're still playing it now? Not Pathfinder or 4E? That is so retro. So - and I'm just asking out of politeness mind - where and when are you playing?"

The nostalgia might hook them; but it's the game itself that keeps them coming back.

That out of the way, JLCC. Also cake: 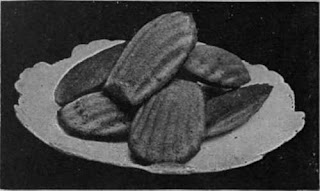 Madeleine of Lost Time
Curious confectioneries baked with long-undisturbed dust retrieved from deep within ancient ruins.
Eating a madeleine of lost time unleashes the visions and memories baked into it, sometimes merely in the form of dissociated visions, sometimes in the form of contextually meaningful clues. On rare occasions the eater takes on aspects of some long-dead personality.
The reverie induced by a madeleine of lost time lasts 1d6x1d6 minutes.

Labels: a wizard did it, AtoZ April, doing it wrong, fluff, gaming