AtoZ April - Q is for Quarrel

Day 20, wherein your humble scribe match wits with the most inscrutable of Scribble tiles.

You know, among all the varieties of Classic D&D it was only BECMI that offered magical arrows/bolts the chance to be anything more than "slaying or '+n', your choice". The D&D Bumper Fun Book offered no less than a score of missile weapon properties (Missile Weapon Talents, pp243-244) with which to garnish your flying wooden sticks of death. There was still one oversight in the list though. Where was the quarrel of quarreling? A simple little one shot gag which causes the target to turn on his allies when it hits (save vs. spell/device negates). 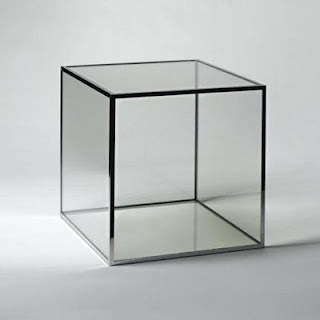 Quarrel acrobats, yesterday.
Quarrel [wondrous item]
Individual 1' square panels of glass. Some are found mounted in windows, others shuffled in with job lots of valuable, but otherwise non-magical, glassware. Quarrels detect as magical but are just as fragile as normal glass. Each has a single inherent detection effects usable 1/day be someone attuned to the quarrel.

Self-Perpetuating Quarrel [creature]
If six quarrels are arranged into a cube and the correct incantations performed (research into the lost art of vitromancy will be required) a glimmering mist fills the box and the quarrel animates. Long, multi-jointed limbs of vitreous-looking ectoplasm coalesce from each of its eight corners. These limbs have immense strength and tireless endurance, but only manifest in the absence of sunlight.

There is a 90% likelihood that the creation will obey verbal orders given by anyone attuned to the individual quarrels that make up its structure. Some self-perpetuating quarrels (the remaining 10%) instead ignore their assemblers and storm off to further an undisclosed agenda.

Self-perpetuating quarrels usually seek to avoid conflict and will skitter away from aggressive opponents at up to 180'/round. If cornered they will hurl heavy objects or swipe at any who pose a threat to them. The pseudopod arms are powerful (attack as 6HD creature for 2d6 damage, 4 attacks/rnd, max 2 per target) and difficult to damage (AC5, require 10 points in a single strike to sever). The stubs of severed limbs will sprout two pseudopods (treat as severing the heads of a lernean hydra) in the following round. The box itself is flat panels of glass, exactly as fragile and vulnerable as that implies. Most attacks will affect the flailing arms and ectoplasmic integument, but a critical hit/natural 20 with a piercing/missile weapon will instantly destroy a quarrel, reducing the creature to shards of glass and a rapidly evaporating mist.

A self-perpetuating quarrel has the general immunity to magic typical of golems. Most spells will simply pass through its translucent form without effect. There are a few notable exceptions to this: any of the mage's hand series of spells allows the caster to control the gross movement, but not the fine manipulations, of the quarrel. Shatter (or a horn of blasting or similar sound-based attack) destroys it instantly. Glass like steel improves the AC of both the glass box and the pseudopod arms to 0. Fire does no damage to these creatures.

Ha! 'Q' ain't so tough without his sidekick 'U' backing him up.

Labels: a wizard did it, AtoZ April, building the Vaults, doing it wrong, facetious gittery, fluff