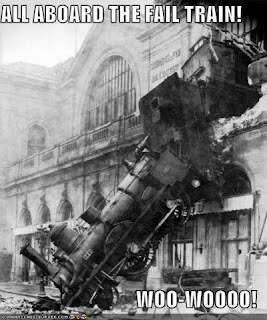 First off, thanks to everyone who posted about, tweeted, commented on and critiqued SBVD. Your time and effort are appreciated.

Now content. Further to the posting of the Small But Vicious Dog draft earlier in the week, here's some stuff that occurred to me in light of feedback.


Social Status
Climbing to the top over a heap of looted bodies doesn’t just advance personal power; it also advances your place in society. Instead of representing vast disparities in clout and authority with higher character levels, here’s a fix inspired by the hilarious and under-rated GURPS Goblins sourcebook.

These rules are entirely optional, and supersede the existing rule that The Gods Hate You! (see Resolution, p7) only where appropriate.

The world of SBVD is hopelessly caste-ridden. The law is entirely weighted in favour of the rich and well bred (which is, of course, entirely as it should be; only a fool writes laws against his own interests), as are tax codes, military obligations and even social mores.  In civilised parts of the world it's still considered perfectly acceptable to roger the serving girls, or to viciously horsewhip insolent underlings (where 'insolent' = 'didn't avert his gaze quickly enough' or 'coughed in my presence').

Social position affects all dice rolls made directly against a particular character. Hit rolls, Ability Score checks, Saving Throws; they’re all affected by the modifier given on the table below.


For example, if Reinhard the Ratcatcher decides to take his ratting shovel to Hans von Schnitzelgruber, Grand Duke of Burgdorf-Hossenpfeffer, he’s laying himself open to a world of hurt. All his rolls against the Duke will be at –4; all the Duke’s rolls against Reinhard will be at +3!

Similar modifiers cancel each other out: the lowly batter one another on roughly even terms, as do the rich and powerful. So if Stinking Aggie the Puregrubber, doyenne of the Vile Underclass, decides to shiv Reinhard for his hard-earned loot she’ll suffer a net –2 to all rolls (6-4 being, yep, 2). Reinhard suffers no penalties beyond those the GM in his mercy and wisdom sees fit to inflict.

Exactly how and why this works is something of a mystery: the general consensus is that it’s rather difficult to beat the crap out of someone while you're malnourished and/or busy doffing your cap. Either way, this rule prevents some dirty oiks with rusty knives and a plan from opportunistically assassinating the Kaiser.

I am Huge of Moustache. You Must Obey!
When a character is able to pull rank by virtue of position he may elect to use social clout in lieu of Fellowship. People might not respect the man, but they do respect the office. Likewise lowly characters attempting to wheedle their betters must use the lower of their social standing or Fellowship in reaction rolls.


Your Ways Are Strange And I Mock Them, Puny Weaky Man
Relative status has no effect whatsoever on creatures that don’t respect social niceties. Grumblefimwanger the Giant doesn’t care if you’re a big noise socially: to him you’re just another uppity runt to be trampled. Nor are a gang of rampaging Beastmen likely to be awed into submission by your cultivated cut-glass accent and the exquisitely fashionable cut of your coat. Suchlike non-human yahoos should be taught respect the old fashioned way: cold steel, hot lead and arcane fire.

The Greasy Pole: Gaining and Losing Status
All 1st level characters start out in the hoi polloi (-4), rising in position through graft, backstabbing and low cunning. An adventurer claws his way into the ranks of the Humble Folk (-2) at level 2, and may pass as A Person of the Middling Sort (+0) at level 3. This ‘gentrification’ only applies if the character dresses and comports himself in a befitting manner; if he dresses and acts like a common thug, he will be treated as one.

Adventurers may climb further in status through conspicuous consumption, politic toadying, bribery, largesse and charitable donations, but this is all considered tres nouveau. Real class, like good furniture, is inherited.

Characters of any standing can fall into the Vile Underclass by acting in a despicable manner. The usual routes to infamy are 1) committing detected crime against people who actually matter, or 2) engaging in certain ‘untouchable’ trades. Recovery of lost caste - if possible at all - should be a long and torturous affair.

Remember that ill-advised B/X-WFRP hack I wurbled about a couple of months back? Done (apart from the last few magic item and monster descriptions).

All the other WFRP-ish goodness - drugs, diseases, insanity, mutation, gunpowder, chaotic magic, dorfs with mohawks, hot pies, giant angry puffins and so forth - is in there. Heck, I've even included rules to model that special WFRP "gods hate you; failure is law!" atmosphere.

Small But Vicious Dog is dedicated to:


Erin "Taichara" Bisson for giving me the idea with the FF Red Box Hack,
Owen "Coopdevil" Cooper - the psychopomp of the Brit OSR,
and
Kelvin "brainsplurge" Green for mooting the idea of a B/X-WFRP modcop in the first place.

Oh, while I was pecking away at SBVD I discovered Warheart, a WFRP-style mod for the d20 system. It's pretty cool, but you can't call it a *proper* WFRP clone: there's no ratcatcher career FFS! *Tsk* Schoolboy error.

Tangentially related: Seeing as my long-time favourites the Fimir are finally getting some love (both from the grassroots, and from the Evil Empire itself*) after 20 years spend in the Squat Zone, you might be interested in this: Mr Saturday's Fimir army for WFB.

* GW shamelessly mining their old IP instead of having a single new idea? Nah, never happen. ;)