A to Z April - Introduction and Explanation 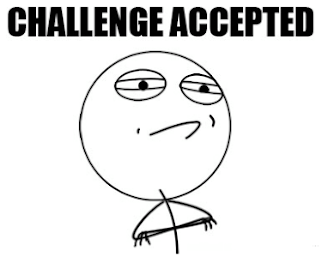 Explanation For New Readers Who've Wandered in by Accident

Hi, and welcome to the Vaults of Nagoh. This is where I irregularly post about a game I run using old DnD. You remember the red box with the big dragon on it from back in the 80s? That kind of DnD; not the shiny new stuff Hasbro make.

Yes, people still play old DnD in the second decade of the 21st century. They get paper, pencils and dice, sit down together and talk about the made-up adventures of their pretend elf for hours and hours.

Why do they do it? Some do it because they're mad-eyed hermits who consider any game made after 1990 or so to be decadent lunacy. Others play it because they think old DnD is funk as puck (and a nice break from the porn-starring and high art); or because it allows them to use words like exegesis in polite conversation; or because they are inscrutable alien hiveminds from the future; or for any one of a hundred other reasons. Some few (like yours truly) play old DnD because we're too damn busy (or lazy) to keep up with the hundreds of pages of wordswordswords in the latest shiny newness. We're a broad church like that.

The people who play old DnD have so much fun doing it that some feel the need to write all about it on the electrowubz. In fact there's a whole cottage industry of people who legally make new versions of old DnD so new people can play the game. Some of them charge for books and pdfs. Others give their rules away free (yes, "free" as in "beer"). Why do they do it? Because they love the game so much they want a whole new bunch of people - even ones who weren't born first time around! - to have a chance to play it.

Just Google D&D retro-clone; it'll give you dozens of leads.


A to Z April at the Vaults of Nagoh 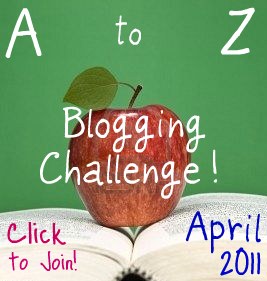 The white hair. The madness. The endless screaming. It's all their fault!
This whole thing is entirely the fault of Arlee Bird at Tossing It Out.

Over the next month I (and a bunch of other game bloggers) will be producing A to Z series of posts at a rate of 1/day. Other people have other methods for deciding what their topics are, but the subjects of my precious snowflake opinion-pieces were picked for me by (sexy, stylish) readers of this blog.