The Teachings of Rients, also Knockspell 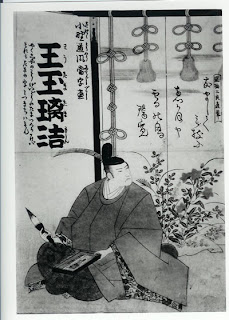 Rients-san has spoken! He has vouchsafed unto the oldschoolians the Miscellaneum of Cinder, which you can now get for a pittance at lulu (and are stealing the food from the mouths of his children for so doing. Buy many copies!). Everyone reading this will already know that he is also graciously offering Special Edition copies to those who send trinkits which amuse his ancient and subtle mind.

Capsule review: This is 36 pages of top stuff. I LOLed, several times. I also seethed that I didn't think of half the stuff in there myself (only ever a good sign). I imagine that having this to hand during a game will be the equivalent of having Obi-Wan whisper "Use the Force Luke!" as you hurtle desperately down the weekly DMing trench wondering how you got yourself into this jackass situation again.

However - and here follows a caveat of positively Maliszewskean gravity - as with disengaging a sophisticated targeting computer and instead firing blindly like some ignorant farmboy somehow given control of a precision flying machine, using this little volume on your game may end badly. But, even if mis-using the advice therein results in an ignominious Porkinsdeath it'll doubtless be spectacular and hilarious (and thus worthy of a tearful "Jeff broke my game" blog post which will garner many consoling comments of "Cri maor plz").

Oh yeah, and Knockspell #2 (Matt Finch and co-conspirators) allows you to steal the food from the mouths of many starving offspring at once thanks to its' sheer value for money. Bound to be excellent. Buy it sight unseen and be the wonder of future generations thereby.