This little lot should get the old cerebral juices flowing...

Dark Dungeons retro-clone - A complete BECMI retro-clone (including the 'I' bit)? Attack ranks as standard? A dig at Jack Chick inherent in the title? Written in British English (rather than in that odd U-less dialect the Western Continentalists gabble away in)? Freeware pdf?
Why is this such a well-kept secret?

Canned Unicorn Meat (@ Thinkgeek) - Forget the trashy glamour of the bushmeat of endangered animals! Nothing says true luxury like chowing down on the mythic.

Black Elven (@ Charles Saunders blog) - I may be missing the point here, but Africa apparently has legends of the people in the woods too. Yes. And...?

Monk of Mycology by Ursulav (@ Deviantart) - an instant patron organisation for your dungeon crawl, by the woman who brought us Gearworld and the LOLWUT? Pear.

Cthulhu is Not Cute (@ HiLoBrow) - the deconstruction, domestication and revival of Lovecraftian cosmic horror in pop culture.

This Side Up (@Chris Mostyn's Comics) - a little square box dude gets in over his head really quickly.

Karl's Journey to the Moon (@ A Journey Round My Skull) - Add some Whistling Selenites, and pretty much, yeah.

Good Show Sir - showcasing only the weirdest and wildest in pulp fantasy/sciffy cover art. Anything that makes design students cry this hard is ok by me. 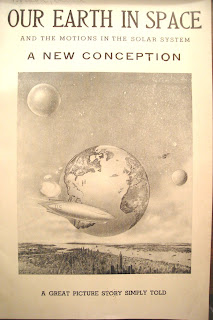