Fame and All the Benefits Thereof 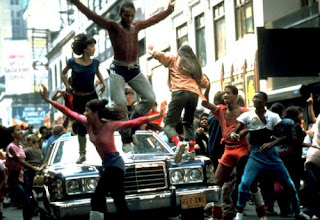 "No you jackasses! Kleos; not campness..."
As Tim of Gothridge Manor argued some time back, adventurers can be seen as the big-spending, high-living, tall-tale-telling rockstars of the fantasy world. Kids play out their adventures; swains and maidens have woodcuts of them on their hovel walls; bards sing of their loves, losses and achievements; innkeepers give thanks to the gods when they see them walk through the door. So why not have that social stature reflected in the game? All too often I've seen mid-high level adventurers treated as no-account bums by vendors and functionaries who, by rights, should be licking boots and sucking up.

The K.A.Pendragon game uses Glory (the sum of a knight's personal accomplishments) as its XP equivalent. The more Glory you have, the status you will have among your peers. Why not adapt this, or something like it, to D&D?

Ok, here's a table. Whenever the party first saunter into a new burg roll a level check (d*, equal or less than level = success) to if their reputations precede them (for good or ill). What size die is rolled depends on how big and busy the locale is, and on how far the characters are from home.


Hometown - d6
Other town - d8
Local City - d10
Distant City - d12
'Overseas' - d20
Offworld/Other plane - d30
Why a level check? Because XP in D&D is garnered by doing macho, lucrative stuff that gets you talked about: killing monsters, stealing swag, paying your bar tab with a fistful of rubies.Fame and public recognition will be an emergent effect of the things you do to garner XP (and more personal power) in the first place.

Why scale the dice? Because being 'hometown famous' likely doesn't mean a thing in a big, jaded city like Viridia, but almost everyone in the Wilds has heard at least a few stories about the Heptarchs of Aftane or the Emperoress of Throx (high-level doodz with lotsa kills and big rep). Someone/thing like Demogorgon? He's famous all across the planes.

If the level check is a success the character is recognised as noteworthy. Roll, or choose (as appropriate) public reaction to his presence:

Positive and Negative impressions modify NPC reactions by moving them up by one band on the NPC Reaction Table (Unfriendly to Neutral, Indifferent to Friendly, etc.) for Positive reactions; down by one band for Negative.
You might also elect to apply this fame effect to the morale of encountered monsters. Where appropriate use a level check to see if the monsters have heard camp fire tales of these guys (the deeper into the dungeon/wilderness, the larger the die used). If yes, modify their reaction and/or combat morale accordingly.

This last tweak ain't crazy innovation for the sake of it; there was actually something similar in Gygax & Perren's "Chainmail" (see page 30, under the entry for Superhero).  Lowly 1HD oiks had to make a morale check if a Superhero even ambled within charge distance of them. Totally reasonable IMO. I mean, you've heard stories about that wild-eyed albino guy with the burning runesword and the bat-winged helm; do you really want to be the first one to go up against him today?