Half-formed thunks on dungeon stocking using /only/ the curate's egg that is the Fiend Folio. This meme was cool when Jeff Rients (the instigator), Zak S , Fr Dave and Joshua of RB were doing it. I expect my input will kill it deader than disco.

TL;DR: What I've found in the course of my nosings:

Note on the Tables

The freq # on the tables below is derived from the percentage chance of encountering that creature on the MM+FF WM tables in the back of the Fiend Folio. I've taken it as a direct indicator of relative scarcity in FF-only world. Why? Because the orthodox "common/uncommon/rare/very rare" frequencies in the AD&D monster listings are just so tediously sensible. Needs more gonzo.

The #number at the bottom of each table tots up the numbers in the freq# column. It might be useful in making short and sweet FF-only random encounter tables, like, I dunno, these ones: FF only WM tables.pdf


Conclusion
The FF-only dungeonscape is weird and a bit sparse away from levels 2-4. No gygaxian naturalism yard trash (fungus, centipedes, spiders, rats, cave crickets, etc) here. Instead we get a level 1 composed of scads of humanoids leavened with a few Borgesian bestiary monsters, then several layers of outright bizarro, and then a layer of big name subterranean humanoids with extended write-ups. After that things taper down to a mix of weird fantasy and scifi-ish stuff, and finally to "all demons all the time". Even the dragons (when they finally rear their oddly-moustachioed heads) are weird and a bit non-dragonish. 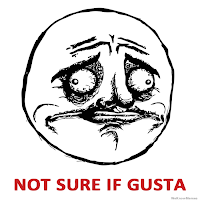 Yeah, you've got some classic, iconic D&D monsters in the mix (death knight, drow, hook horror, kuo-tou, slaad, etc), but the overall feel of the underworld presented by the Fiend Folio is such a gonzo departure from the norm that I'm not sure whether or not FF-only D&D would cross that nebulous line into 'not-D&D'.