As far as I recall the process of wizards forcing new forms of blasphemous eldritch lore into their bulbous craniums is almost completely handwaved in B/X-ish D&D. Fine by me; that just leaves all the more room for personal tinkering. 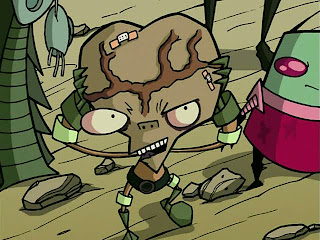 Here's my personal take on larnificatin' new spells, a sub-system more than a little influenced by the casting rules from good old "Chainmail".

Spell Mastery
Binding the power of Chaos to your will in new and interesting ways is a non-trivial endeavour. When a wizard discovers a new spell (on a scroll, in a spell book, graven into an arcane crystal, w/e) he must attempt to master it through successive castings.

Every time the wizard casts a spell he has memorized but not yet mastered, roll the following:

Degrees of mastery achieved over known spells should be noted in the player's grimoire:

Accumulated Partial Mastery bonuses can be represented with multiple slashes, thus: [///] = +3 bonus to mastery rolls for that spell.

Once a spell has been cranium-wrestled into submission a wizard can memorise and cast it per the normal rules.

Additional Wrinkles to the Rule

First level wizards start with mastery of their known spells (IMG: 1d6+Int mod of the spells from the starting list). This rules given above apply only to attempts to extend their mastery of magic beyond these rote-learned Old Reliables.

Rolls to master spells may be made between adventures. Each roll cost 100gp/spell level (to cover material components, consultation fees, thaumotropic drugs, and third party damages) and take 1 week.

When a new level is gained the player may attempt to master a number of spells of their choosing equal to their character's Int mod. After these rolls the player may also pick any one unmastered spell on their list, this is now wholly understood.

Until 9th level is attained only spells that the character can cast may be rolled for.  Wizards of levels 9+ can roll to understand and cast higher level spells. For example, an Int 16 W10 would have a chance of casting wish (10,+2,-9 = TN 10 on 2d6).

Spell Mastery rolls can also be used instead of the existing Rogue scroll use rules, or as a shortcut for mastering looted magic items through empirical experimentation.

I should probably include some form of rules for thaumotropic drugs that enhance mastery attempts. You know, stuff like Elric's Hellebore, a Skaven Grey Seer's warpdust, etc.

Oh, and this is the 200th post here at VoN. Go my lazy, wandering-off-for-months-on-end self!

Labels: a wizard did it, house rules, Nagoh Basic, save vs confusion, wizards