pay less, play more, and try new games.
I'd like to take a moment to see how I stack up as a frugal gamer. Please indulge me (or leave abuse in the comments).

Pay Less
Switching from high production value, high street games (WOTC 3E, WFRP) to the less glossy, but often more useful, hobbyist products of the OSR has definitely shifted the spend/play value ratio in favour of play. As for price, totting it all up (books, pdfs, minis and plastic monsters) I come out with a grand total spent on gaming for the period Jan-Dec 2009 of:

£81?! That's chicken feed! It works out at about £6-7 a month (a bit less than the price of a paperback or DVD here in the UK). To put that into a more hobby-specific perspective:
Of course, thanks to the generosity of the grognosphere I did get for free a lot of stuff that, by rights, people could fairly have charged for. But hey, their insufficiently lauded generosity* is my gain. I'm too busy filling my boots to look the gift horse in the mouth. ;)

Play More
We certainly seem to be. Games are still only weekly, but we're getting a lot more done in the few hours we can steal from the world of tedious grown up concerns.

The various labour-saving devices created or rescued from obscurity by the efforts of the myrmidons of the OSR (sandbox hexcrawls, one page dungeons, random tables, the aforementioned buckets of good free content) have allowed me to DM smarter, faster, and with less wear-and-tear on the old grey matter. Cheers lads!

Of course the single biggest liberator of my time was switching my primary game from the multi-volume monster that was D&D 3E to the quick-and-easy joy that is Labyrinth Lord. Swapping a version of D&D which utilised several hundred pages of rules for one that uses a single 128 page book was, in retrospect, a no-brainer decision. I've become quite the evangelical little bore about it. I wouldn't go back, not for all the lotus in Stygia!

Cost per hour of play? £81 (the sunk costs of the 20 year of gaming stuff I have lying about isn't being counted here) divided by 4 hours of serious play/week for 50 weeks = 40p/hour. Pretty frugal, non?

Try New Games
Being a contrarian stick-in-the-mud by habit and preference I've chosen to try old ones. That said, I have developed a new appreciation for a couple of 'old flame' games.

I've recently nabbed a copy of coopdevil's Axles and Alloys revival playtest, and might start mucking about gluing guns to corgi/matchbox toys in the near future. What can I say? My recent re-reading of GW's old Dark Future novels has been fun, and Gorkamorka ("Mad Max" -Aussies +Orks) is an old fave in our circles. It's the right game at the right time.
Anticipated cost: £5 for toy cars + whatever a sprue of GW weapons is going for these days.

I've also found an old toy soldiers vs dinosaurs mini-game (*GRAR! dakka-dakka-dakka ARGH!*) in an old issue of Dragon magazine that simply /begs/ to be played on a rainy Sunday afternoon.
Anticipated cost: about £3 for a couple of packets of dinosaurs and army men.

Oh, and we have to start playing Mordheim again! Anticipated cost: the price of printing gang sheets and tables. The minis, terrain and suchlike were paid for years ago.

* People who should be charging for their stuff. Just off the top of my head I can think of:
(apologies to the sundry deserving names omitted. The fault is in my poor memory, not in your excellent work)

Oh, and WOTC. I'd have been happy to carry on giving you money for old rope (the content of your pdf back catalogue), but you decided my money was no good. So yeah: 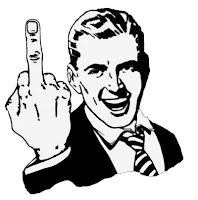