All Dwarves Ain't The Same 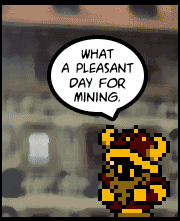 (Later than promised, I know. The Sons of the Mountain will not be rushed
~or~
"Blogger stops work. Interrupted by carp.")

The dwarf. The bearded cube. Scottish-accented, berserkerganging Cousin Itt. Was there ever a fantasy race that was so thoughtlessly and thoroughly stereotyped? Heck, even the lowly Orc gets more love! That unholy timesink and record of the geek hivemind tv tropes.org even has a page devoted to the cliché that if you've seen one dwarf you've seen 'em all.

It's a shame that the big three geek touchstones (D&D, LOTR, WoWcraft) all seem to default to being part of small reference pool (more fitting would be "shallow reference pool", or possibly "reference paddling pool". But I digress) as even a cursory look at folklore, fantasy fiction and the like will throw up hundreds of more varied and potentially interesting ideas about dwarves.

Ok, so that's a few pop culture examples of Dwarves not all being alike. But precisely what use is all that iconoclasm for a game? Look at how little is actually written about the dwarf in the Labyrinth Lord rulebook. About 2 paras in the class description, and another para in the monster description. Plenty of solid facts; minimal 'fluff'. That gives you as DM or player the freedom to add whatever details you like without running face first into a barrage of canon.

So here - inspired by Rach's meditations on Elves - are ten alternate ideas forDwarven cultures or race in Labyrinth Lord (or other OSR game of choice).

Dwarves are Mad Max
Hardy, strongly resistant to disease and magic, living in vast underground tunnel networks, the dwarves are little more than scattered survivors of a legendary cataclysm. To them the world, over-run with marauding orcs, rampaging dragons and dirty spindly-limbed humans and elves is a post-apocalyptic waste; a hellish mess better forgotten and ignored. Some dwarves have been specially engineered to survive in the world gone mad; others flee the surface for the relative comfort of the subterranean depths. Now one dwarf must venture forth from his ancestral clanhold in search of a decanter of endless water.
(Yes, the Fallout references are intentional)

Dwarves are Master Sailors
Traditionally it is bad luck for a sailor to know how to swim (I think the logic is that you are both betting against yourself and tempting fate), and who will want to stay out of the water more than a short, stocky race with a natural negative bouyancy? The dwarves are the master mariners of the seas. Copper-bottomed, iron-ribbed dwarven trimarans ply the seas. Dwarven master mariners eye the sea and sky warily, listening to the ticking of dwarf-built chronometers and grumbling prayers that the gods of seas and wind will deliver them safe to Terra Firma once again.

Dwarves are Communists
The Sons of the Mountain care not for wealth! Let no dwarf achieve riches at the expense his fellow dwarf. The greatest shame is in prospering while your clan brother starves. Glory to the Dwarven Peoples' Supreme Council of Elders! Their wisdom and foresight ensure that all have their needs provided for...if they are but patient and submit the requisition forms without error. Prisoners are shackled in chains of gold so heavy they can barely walk, and dwarven children play games with jewels worth a king's ransom in the surface world while the enlightened dwarrowletariat enjoy the cultural attainments of their workers' paradise.
(Yes, More's Utopia. Well spotted)

Eldritch Dwarves of the Catacombs
The mythic underworld leaves its mark on all who venture therein. How much more on those who choose the unending dark over the sunlit lands? The underlands are never silent, and the whispering in the darkness has given the dwarven people dark and powerful wisdom unknown to the loremasters of the realms above. The pale-skinned dwarves bury their honoured dead with all the pomp they can muster, decorate their choicest goods with bones and other memento mori of their beloved forebears, and whisper in hushed awe of the unfailing wisdom of the ancestor gods.

Dwarves are Librarians
"An interesting idea, but doomed to failure. It was tried during the Reign of King Snorri the Litigant nearly 2,000 years ago, and the assembled Assayers of Worth ruled that such a motion was inadmissible in these circumstances."

Surrounded by the words of their ancestors, immured among the recorded judgements of older and wiser heads, the dwarves consider that all good (and bad) ideas have precedent. Before any action of significance is undertaken the chronicles must be consulted, the terms defined, and the ancient rites of the Rechtsstreitkampf (lit. lawcasefight) enacted. No serious-minded dwarf will undertake any matter of importance without the reassurance of a precedent graven on black stone from the law mines. No dwarf ever wants to earn the damning epithet of 'innovator'.

Dwarves are Maggots
Dwarves thrive in the darkness, gorging themselves on nothing but meat (the higher and more stinking the better). Maybe new dwarves are naturally produced by the giant carcasses left to rot by passing adventurers, maybe they grow from carefully prepared sides of rotting beef. Do the maggotborn (a killing insult) labour under a divine curse, or were the first dwarves truly spawned from the flesh of the Ur-giant. Imagine are outlandish and bizarre the belief system of such a race would be. No wonder the dwarves are tight-lipped about their culture and touchy of slurs to their ancestors.

Dwarves are Fungus
Tough fleshed, insensitive to pain and stubborn, the dwarves are physically adapted to thrive in ecosystems where the sun is never seen. Their luxuriant flowing beards are root systems which can draw water from moist air or sustenance enough to survive from even the stoniest soil. Their secret sporing ceremonies are hidden from outsiders.

Dwarf are Hive Creatures
Dwarves are communal subterranean creatures who guard their (few) females well and defend their tunnelled holds ferociously. Their strength and endurance are legendary, and their capacity for work inhuman. The stony uplands of their mountain homes cannot support their burgeoning population and the lucrative trade of dwarven metals for human crops and lumber (most of which becomes mulch for the vast dwarven fungus field) can no longer ensure the security of the hive...I mean hold.
(Hellstrom's Hive was a major influence here)

Dwarves are Rocks
This is an ancient idea, going back arguably as far as Norse myth. It's been played with lots of ways since then, with everything from Birthright's 'dwarves are living rocks' idea to James M's revelation that the dwarves of dwimmermount use their carefully harboured wealth to craft their offspring. What could be more fitting than the Sons of the Mountain being carved directly from the earth? Be it in the form of statues animated with reincarnated dwarven souls (why do you think dwarven tombs always have an exquisitely detailed statue of the deceased) or the discovery of unique jewels which will grow or hatch into dwarves when cared for correctly. The Arkenstone of Thror: the dwarven equivalent of a phoenix egg?

All Dwarves Really are the Same
Why not subvert the subvesion of all dwarves being the same. Dwarves are clones, or pod people, or subject to a form of genetic conformity similar to the Jibarru (?) of Dan Simmon's Hyperion. Dwarven society works so harmoniously (when was the last time you heard of a dwarven coup de etat?) because all the inhabitants think alike and share identical aims. With only scars, and affectations of garb and beard braiding to differentiate them, no wonder outsiders can't tell dwarves apart.

So what does this mean for the Vaults game? Well, ultimately only as much (or as little) as the players want. I'll be throwing some odd dwarf analogue creatures at the PCs, just to keep them from assuming that subterranean miner = dwarf = "Hi ho". Hopefully between this blog post and the power of British irony no-one will resort to the John Rhys Davies 'Urist McBeard of the Clan McBeard' cliché.